Triathlon Training Camp Ahead Of AYG

Namibian Sophia Simon is participating in a training camp in Gabarone 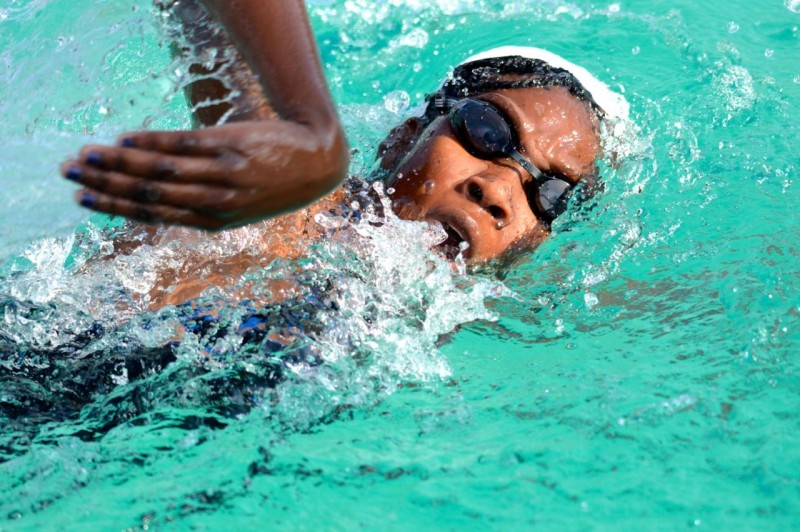 One of Namibia's triathletes, Sofia Simon, is attending a training camp hosted by the International Triathlon Union ahead of the triathlon competition at the African Youth Games. The camp presented by ITU instructor, Mr Travis Campbell started on Wednesday and will continue until the Gaborone 2014 triathlon competition starts next week Wednesday.

The focus of the camp is on improving the athletes skills, with special sessions for example on bike skills as well as running drills. A big advantage for the athletes is however that they are already training on the competition course where they will be competing next week. This is obviously great preparation for them.

Course instructor Travis Campbell commented that the skill gap between the top performing athletes and the more inexperienced triathletes participating in the camp is significant. This will also become evident in the triathlon competition next week, where the athletes will participate in heats on Wednesday from where the top 8 triathletes per gender will qualify for the finals on Thursday.

South Africa and Zimbabwe are considered the strongest countries, but Namibia stands good chances to compete for a medal.