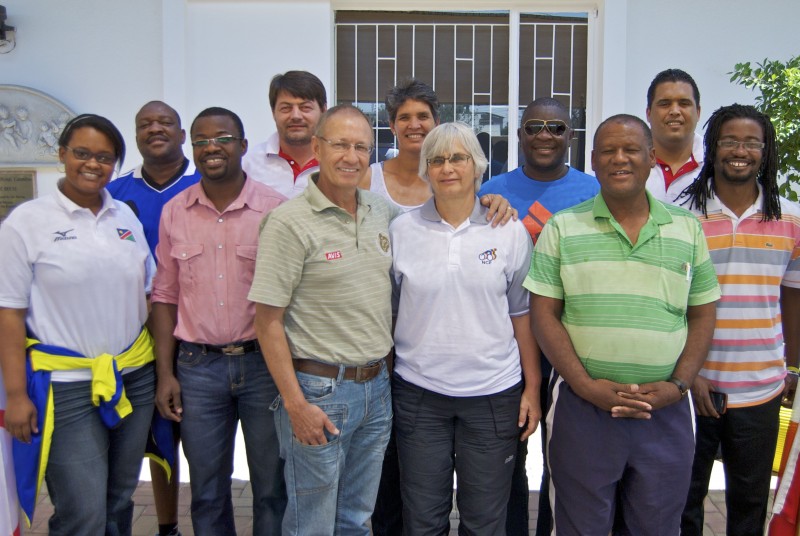 After having completed different modules in the first two sessions of the Advanced Sports Management Course presented by the Namibian National Olympic Committee (NNOC), 15 eager sports administrators of various codes last week once again met in the Olympic House to receive lectures on human resource management, marketing as well as financial management.

The six session course, taking place over the duration of one year, is offered by the NNOC in conjunction with Olympic Solidarity and is aimed to provide a unique opportunity for Olympic Sport Organizations, including the National Olympic Committee, National Federations, and organizations responsible for the development of Olympic sports.

The first two sessions included modules on the general organizing of an Olympic sport organization and strategic planning. The next three sessions will continue to focus on financing and marketing as well as the organization of a major sport event. After each session, the participants must present a PowerPoint plus a written presentation on the topic being discussed at that time.

The course is directed by Namibian sport icon Quinton Steele-Botes. According to Steele-Botes the course is running smooth. “Everyone is very much focused and working hard. The participants are highly motivated and that makes my job a lot easier”, he said. Quinton is being assisted in the course presentation by Namibia’s MEMOS (Masters in Sports Organisation Management) graduates, Ndeuli Hamutumwa and Heiko Diehl.

After completing the six sessions, instructors of Olympic Solidarity will visit Namibia in April next year to oversee the final presentation of the attendant’s case study. Upon successful completion, the participants will be issued with an internationally recognized Advanced Sports Administration diploma.

The course participants are: