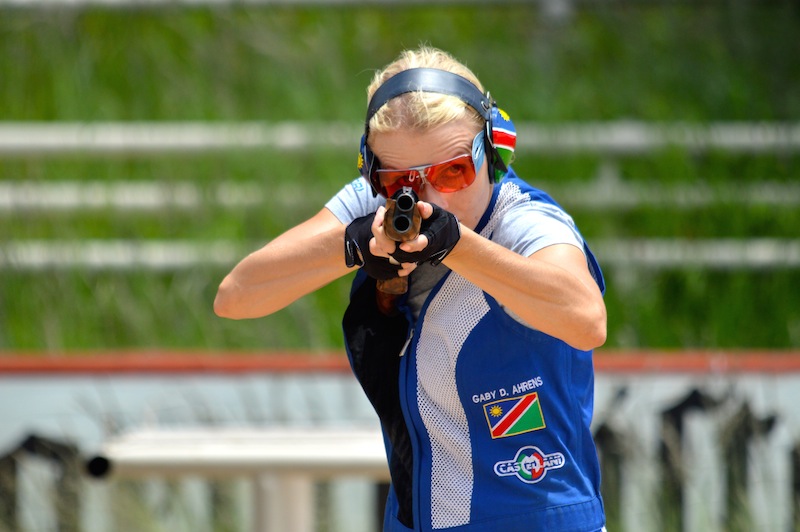 Namibia's silver medalist from the Commonwealth Games in Delhi four years ago, Gaby Ahrens, will be competing for a podium position again on Monday at the Glasgow 2014 Games. Ahrens, Namibia's top shooter will be competing in the trap shooting competition at the Barry Buddon Shooting Centre on Scotland's east coast.

Ahrens is currently fighting off a flu, which could impact her performance on Monday, but she is confident that she will recover in time to be in good shape. 'After a training session at the competition shooting range on Friday I feel comfortable and happy with my form,' Ahrens expressed her confidence ahead of her season highlight.

Also on Monday Namibia's para-athletes are competing in the women's 100m T11/T12 athletics event. Anna Kambinda, Johanna Katjikuru and Lahja Isitile are all confident ahead of their race on Monday. Namibia's coach, Michael Hamukwaya, mentioned: 'We have finished our preparations on the race track at Hampden Park on Saturday and the girls are ready and standing tall. I am happy with their preparation and we are looking forward to the competition.'

Lahja Isitile is by far the youngest athlete in Monday's race, having turned only 17 last week, when she celebrated her birthday in the athletes village in Glasgow. Isitile 's personal best time of 13.39 however put's this young girl, despite her age, into the position of one of the favorites for a podium position. The girl to beat for Isitile will be Scotland's Libby Clegg, who is the only runner on the starting line on Monday with a personal best time of under 13 seconds. With her home ground advantage at Hampden Park, Clegg is the favorite for the gold medal. 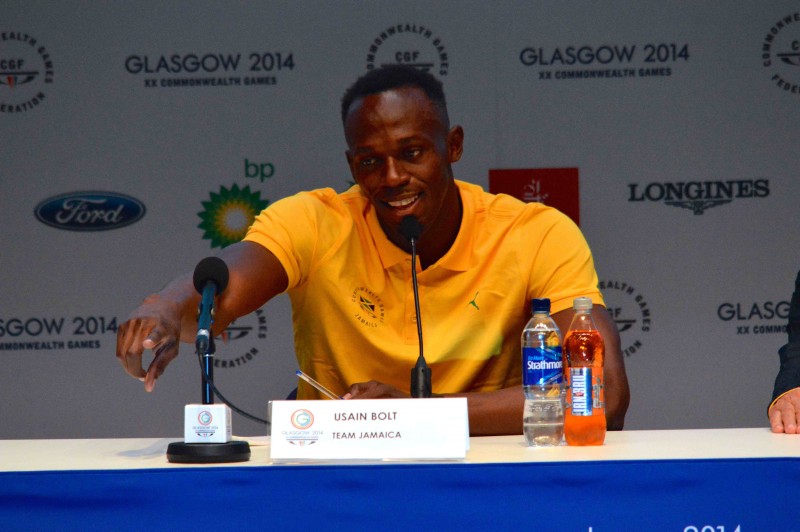 In a press conference on Saturday afternoon, sprinting superstar, Usain Bolt, also confirmed that he will be competing on the Hampden Park athletics track. Bolt will race the 4 x 100m relay with the Jamaican team as first event since his injury, which kept him from competing this season. 'I got injured earlier in season and I didn't want to take anyone's spot because I didn't get to go to the trials, so I decided I'd come in for the 4x100m,’ Bolt commented on why he won’t be competing in the 100m and 200m. Bolt also confirmed that he will be staying in the athletes village, among the other athletes including the Namibian team: 'I always stay in the village. It's fun to stay with the athletes and it makes you relax and enjoy it more. I try not to walk around the village too much because I tend to take a lot of pictures but I'll stay in my room most of the time.'